6 Important Stats That Illustrate the Changes in SEO and Search

Can you remember the last thing you Googled? Yes, the internet is the largest information hub that exists today. Whether you’re interested in learning a new language, looking for steps on how to change a tire or cook a dish you can literally access all kinds of information in several viable formats. But it wasn’t always this way.

Did you know that it’s been over twenty years since the earliest web search engines became publicly available? More than two decades ago, internet search was exclusively a text-based activity. Nowadays it’s one of the most powerful tools that present information in multimedia formats, it’s highly interactive with tons of personalization capabilities. The internet is so much more than a web indexing tool. In fact, it shapes our everyday experiences and culture.

Believe it or not, search engines are constantly evolving. These changes have a significant effect on search engine optimization. Check out eight current statistics that illustrate the shifts of web searching. 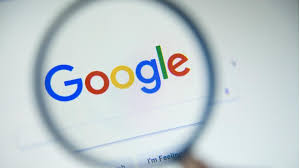 DuckDuckGo is one of the most popular private internet browsers. According to they’re a website, they process approximately 45 million searches a day compared to Google’s 6.5 billion. This translates to a more than fifty percent growth rate within a year. This evidence that internet users are becoming more conscious of private search which didn’t exist twenty years ago.

Google algorithm updates are what drives SEO endeavors. That’s why online marketers go insane trying to keep up with the latest changes so that they stay on the right side of them to avoid hefty penalties. According to Dr. Peter J. Meyers the popular self-proclaimed marketing scientists, Google updated it’s SEO algorithm more than 3,000 times in 2018. However, in 2016 the company only made 1633 algorithm improvements which is 4.6 times as much as the improvements made in 2009.

Yes, you heard it right. In March 2018 Google forced numerous webmasters and online marketers to shift some of the focus on mobile SEO indexing. The technology company switched from primarily indexing desktop webpages to indexing mobile rendered web pages. Bright Edge’s mid-year roundup revealed that at least 76% of keywords produced different results on Google’s mobile search engine than it did during desktop searches.

It turns out that Alexa and a host of other popular smart speakers are often used for quick online searches. There has been a lot of buzz around smart technology and consumers’ rapid take to voice-first technological devices. A survey conducted by Adobe Analytics shows that 47% of U.S. consumers use voice-first speakers to conduct online searches while 50% rely on voice searches on their smartphones.

Amazon has replaced Google has the primary product search engine

Although Amazon isn’t a general search engine, this eCommerce giant is definitely a force to be reckoned with when it comes to internet product searches. Researchers found that in 2018 54% of product searches began on Amazon while 46% begins on Google. This is an 8% growth for Amazon.

Stacey Stevens is an editor for Spark Factory, covering organic search, podcasting and e-commerce. Her background is in journalism and content marketing.